Bucovina is a region in Romania of particular beauty and known for its likewise beautiful monasteries or churches (Bucovina Monasteries / Bucovina Manasterii), some of them belonging to the UNESCO World Heritage since 1993. The Moldavian monasteries, as the places of worship are also called, were built in the 15th-16th centuries and impress visitors and believers from all over the world with their paintings but also with their architecture. The paintings mostly depict scenes from the Bible. Thus, it was possible to bring Christianity closer to the people in the past, because at the time of the emergence of churches and monasteries, many people could not read. But as they say, pictures say more than a thousand words. So the builders of the churches, their houses of worship by artists inside and outside with paintings decorate. Since extra-ordinary colors were used, even today the paintings bring their viewers to marvel. 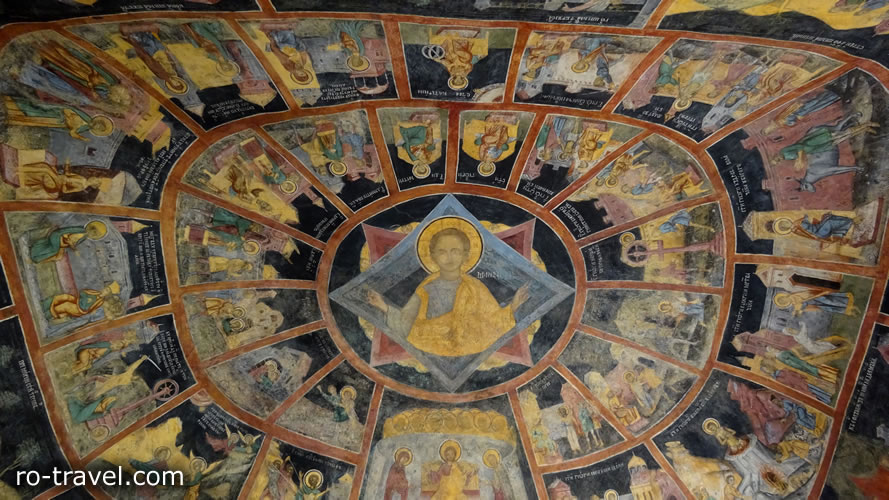 Manastirea Voronet : Biserica Sfântul Gheorghe the Church of St. George was built in 1488 in record time at the request of Stefan Cel Mare and is preserved to this day in its original form with a three-nave floor plan. The interior paintings were created around 1496 and the exterior paintings later. The monastery complex also includes protective walls from the 15th to 18th centuries and a bell tower from 1488.

Manastirea Patrauti : Biserica “Sfantul Cruce” the Holy Cross Church was built in 1487 and is smaller than the other monastery churches, nevertheless very worth seeing. The interior painting, as in other monasteries, is magnificent and shows various motifs, including cavalcade of the Holy Cross. The exterior painting, on the other hand, deals with the Last Judgment and was created only in the 16th century. It is one of the oldest Orthodox monuments in Romania.

Manastirea Humor : Biserica Adormirea Maicii Domnului the Church of the Assumption of Mary and St. George was built in 1530 and painted by the artist Toma de la Suceava. The monastery complex also includes a historical tower (Turnul lui Vasile Lupu) from the Hajr 1641, as well as a bell tower from the 19th century and some ruins.

Manastirii Sfantul Ioan cel Nou din Suceava : Biserica Sfantul Gheorghe (Church of St. George) was started in 1514 and finished in 1522 and painted inside and outside between the years 1532 and 1534. The church is located directly in the city of Suceava. The monastery complex also includes a chapel from the 17th century, a bell tower from 1589 and other buildings.

Manastirea Arbore : Biserica Taierea Capului Sfantului Ioan Botezatorul Arbore (Church of the “Head Cutting of St. John”) was built in 1502 and painted by the famous painter Dragos Coman in the 16th century. The church also includes a tower, built in the 19th century.

Manastirea Probota : Biserica “Sfantu Nicolae” (Church of St. Nicholas) was built in 153o and decorated with frescoes and murals in 1532. It was restored and today it is a showpiece of Moldavian art and architecture.

Manastirea Sucevita : Biserica “Invierea Domnului” (Resurrection Church) was built in 1582-1854 and painted in 1596-1601. Among others, the Staircase of Virtues (Scara Virtutilor), a very special painting, is impressive. The monastery also includes a tower and a protective wall from the 16th-17th centuries, as well as a museum.

Also worth mentioning are the following monasteries or churches, which are also located in this region:

Manastirea Putna : The monastery church was built in 1469 by Stefan cel Mare and rebuilt in 1653 and 1662 due to some destructions. Today the monastery is a cultural center with a monastery museum.

Manastirea Dragomirna: The fortified monastery complex consists of the Biserica Pogorarea Sfantului Duh ( Church of the Holy Spirit) built in 1609, as well as the chapel Paraclisul Sfantului Nicolae and fortification walls.

Churches and Monasteries in Romania 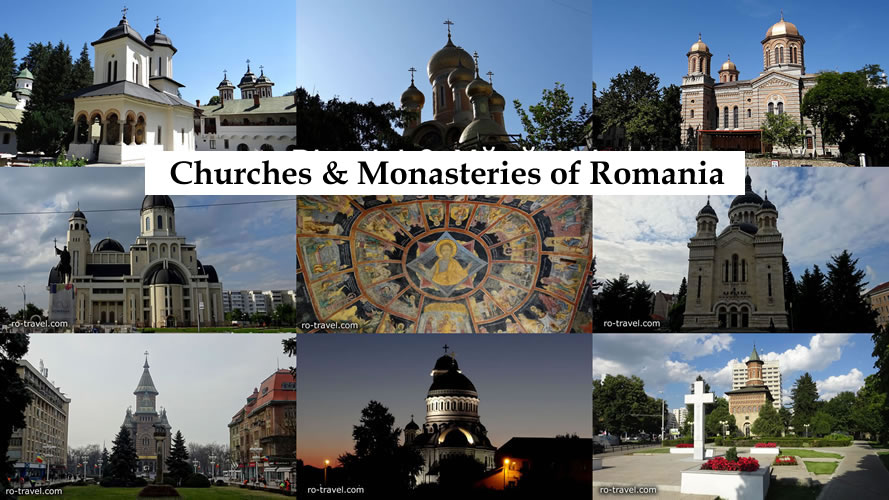 There are churches and monasteries in Romania in a wide variety of architectural styles.

Churches and Monasteries in Romania